Thiaooubian numerals and their secrets

Holds abstracts of articles on meditation, telepathy, out-of-body experience, telekinesis, qi-gong, etc. that have been published in scientific journals. The full papers can be accessed via your own national library or university.

Thiaooubian numerals and their secrets

This is a script I used for making a video about what little things I could find researching the numerals from Thiaoouba. I'll just copy it here to save time. Images posted here can also be found on imgur.com

In the course of my study of these numbers, I found that if I superimposed a cylindrical map (with an aspect ratio of 2 to 1) of the planets (such as Mars, Jupiter, the Sun, etc.) over these numbers and draw six horizontal lines emanating from the corners of the number nine, for example, then the third horizontal lines (top and/or bottom) will be located exactly on those places where there are remarkable formations on the corresponding celestial bodies. In the case of the planet Mars, it is Olympus Mons, which is an extinct volcano and the highest mountain in the solar system; on Jupiter it is the Great Red Spot; volcanoes Loki Patera and Pele on Jupiter's moon Io; Great Dark Spot on Neptune; and it’s sunspots on the Sun.

I also noticed that the spirals of the galaxies are also quite close to the horizontal lines, including the 2nd lines below and above. This can be seen in such galaxies as the Whirlpool Galaxy (M 51) and Messier 94.

The picture of the hydrogen atom also has features that match the grid of Thiaooubians numbers.

It is worth mentioning that if you place a tetrahedron in the center of the planet so that its vertices touch the surface, then the point of contact will correspond to the longitude at which the above-mentioned formations are located. You can check out the work of Nassim Haramein if you want to know more.

Another find is the following. If we take the width of the number one as a unit of length – equal to 1 – then the lengths of the “straight” lines (horizontal and vertical) are equal to integers, and the lengths of oblique lines are equal to irrational numbers. Those irrational numbers are the square roots of the following numbers: the oblique line of the digit 1 has the squared length of 2; 2 has 29; 3 has 5, 5, 8, 5; 4 has 13; 7 has 29; and 9 has 2.

I noticed these same numbers in an article about “metallic means”, and soon I discovered that in those numbers, it was as if the formula for finding the golden, silver and bronze ratios, as well as the fifth ratio, was encoded. To do this, add the length of the oblique line to the length of the height occupied by this line, and then divide the sum by the width occupied by the oblique line.
The question remains if it is correct to measure angles in degrees. It is not known if Thiaooubians also use degrees to measure angles. I tried making 45 degrees equal to 1 unit (since that angle is the very first angle of all digits), but this did not give any clear results. 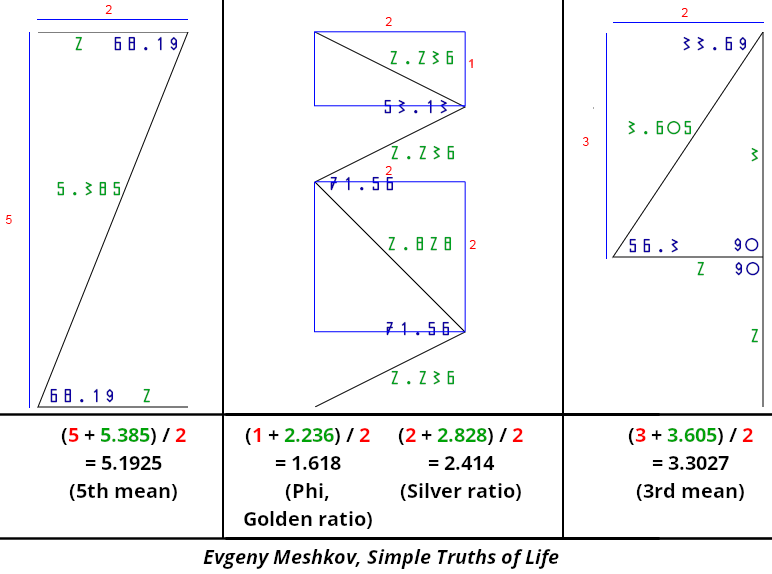 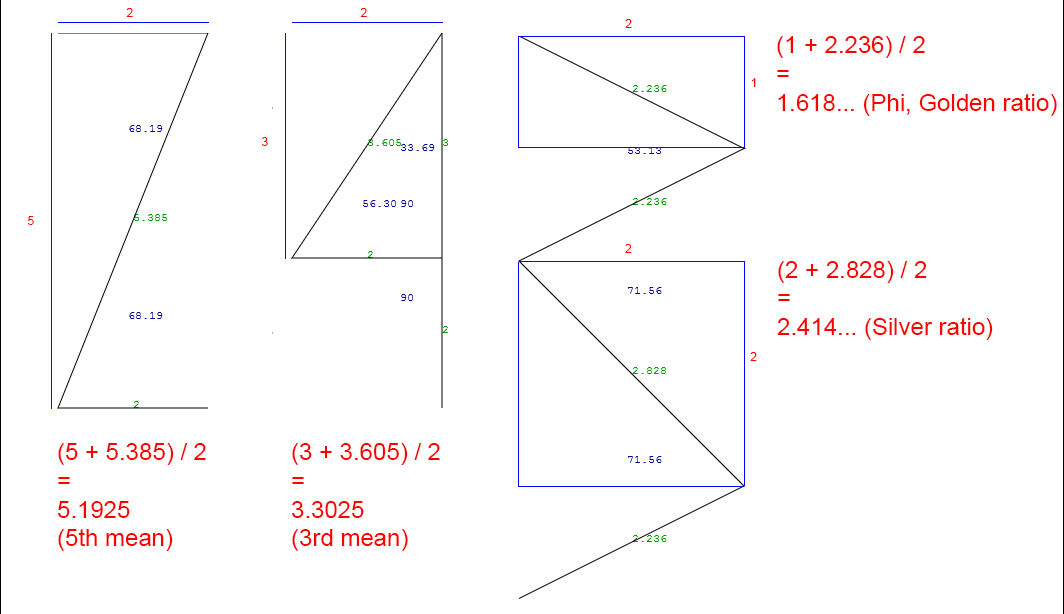 To ease my work, I made a function in JavaScript that compares the results of the ratios between the different parameters of the Thiaooubians numbers with the known constants, but only the values that I already knew were found, as well as the following.
If we take the digit zero - which has a diameter of 5 units and a circumference of 15.707963, which makes it the longest circumference in these digits - and divide its circumference by the smallest length of the smallest line of the rest of the digits - namely 0.8 of the number seven, then we get 19.634954, which is the area of zero - or a circle with a diameter of 5, or with a radius of 2.5.

I didn't have any more time to keep trying to find any other features of these numbers. Perhaps someone will be interested in this topic, and he or she will be able to find something else.

Next, I would like to briefly mention one more thing from my life that is connected with numbers.

I used to love watching Ghost Adventures. In the third episode of the tenth season, they had a case when using the Ouija board, the word "ZOZO" was written 5 times. A total of 20 letters were used. The very word ZOZO is synonymous with "demon" for many people. I was interested in this at the time, since it all reminded me of the Thiaooubians numbers. "ZO" is identical in spelling to the Thiaooubians numeral 20.

Knowing perfectly well that no hell exists, along with all its "inhabitants", I wondered if such occurrences could be somehow connected with Thiaoouba. But not in the truest sense of the word. Since many people experience negative feelings when dealing with the ZOZO phenomenon, I doubt that the inhabitants of the planet of the last spiritual category can be directly connected with it.

But one more important fact must be taken into account. Thiaooubian numbers only reflect certain truths of the Universe. Other people who live on other planets of the ninth category and who have absolute material knowledge, most likely also have exactly the same numbers as the Thiaooubians. Why? Because the knowledge and truths of the universe are the same for everyone. Thao told Michel at the end of his journey that a conversation about ghosts could fill a whole book – there’s so much to learn about the topic of reincarnation and the role of the 19 percent of electrons that return to the universe after the death of the physical body. Based on what I've heard and read about ghosts, I would guess that those 19% of electrons (ghosts) might be responsible for ZOZO. You also need to understand that, as far as I know, ghosts do not have an intelligence - they are just a tool that has “memory” from the past life in the physical body, which is why they are able to visit the places where they lived. Perhaps they are able to "answer" questions for the same reason.

But there is more. Instead of saying that "ZOZO" was written 5 times, we can say that "ZO" was written 10 times. Numerologically, 20 divided by 10 gives 2, which corresponds to the number of letters in the word "ZO". The digital root also gives the number 2. While studying the Thiaooubians numerals, I also noticed that their number two (Z) is one of the numbers which angles “cancel out” each other. The other numeral that has its angles cancel each other out if the 8, which, remarkably, can also be heard of when reading people's stories about ZOZO.

Some time later, I realized that 2 is the only Thiaooubians numeral that, when placed inside of 0, touches the circumference of the circle with all of its 4 points. 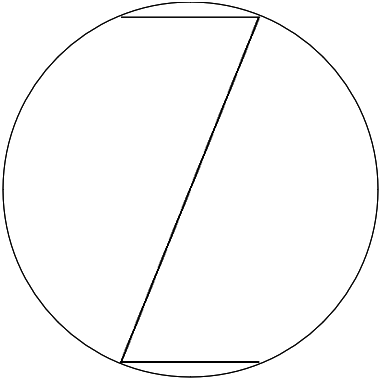 To clarify about cancelable angles. What I mean is that we can emit a ray from the central point of the two lines so that it equally divides the angle of those two lines. If there are other such rays in the digit that look in the opposite direction - i.e. their dot product is equal to -1 - then such rays seem to nullify each other.

In the number 8, all angles cancel out the opposite angle. In the number 6, only the angles inside the rectangle are canceled out, but the two upper angles are not. In the number 9, all angles in the hexagon are canceling out, but not outside of it.
If anyone is interested in this topic, then I uploaded my files to my disks, from where you can download them and try to find something else.
"Faith is never perfect but knowledge is" - Thao
Top
Post Reply
1 post • Page 1 of 1